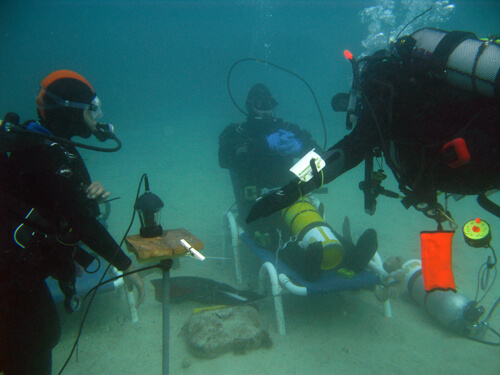 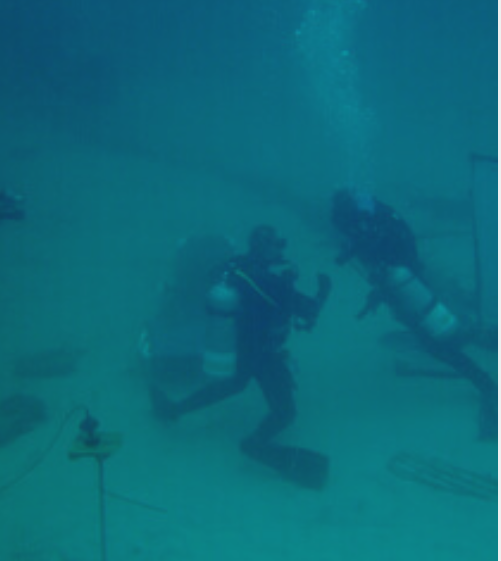 On September 19th, 2009, after many hours of training and planning, I finally entered the water at 8.00am to begin my attempt at breaking the standing record for the longest warm open water sea dive. In order to break the previous record, I needed to be at a depth of no less than 10m and could not surface for any reason during the dive, unless of course if the dive was aborted. Apart from the obvious stress of spending time in the open sea conditions, other important obstacles needed to be overcome. A number of these include eating, drinking, going to the toilet, as well as coping with the water temperature both during day and night. Although this only varied by a few degrees the change in temperature was nonetheless incredibly noticed. On Sunday 20th September, 25 hours after entering the water, I started to make my way towards my first decompression station at 10metres, where I changed from my back gas of 21% to a 50% Nitrox mix. I stayed there for 10 minutes and then advanced to 6 metres at an ascent rate of 1 meter per minute. Furthermore, here I changed to 100% pure Oxygen and stayed at 6m for thirty minutes. The next stop was at 3 metres, also at an ascent rate of 1 meter per minute however this time I remained at the 3 meter mark for 55 minutes. The hardest part of the entire record attempt in my opinion was sitting at that 3 meter mark, so close to the surface yet seemingly so far. Once the time was up, I slowly surfaced at a rate of 1 meter per 2 minutes until I finally emerged from the water. 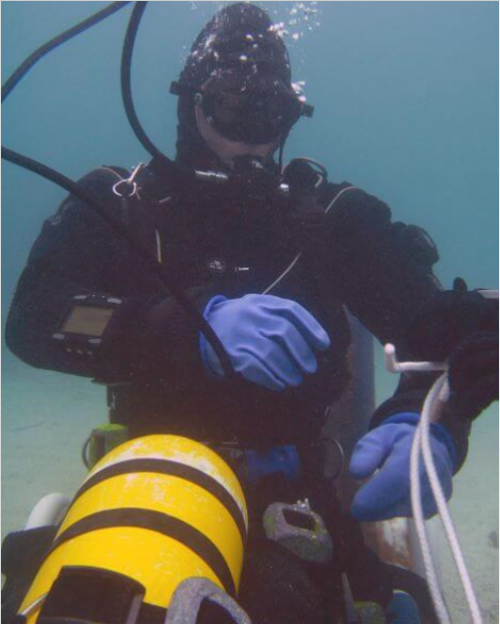 Official world record As February was coming to an end, the team saw a window of great weather and therefore it was agreed that the event would take place on Saturday 3rdof March. It was decided that it would be best to enter the water at night in order to be thrown in at the deep end and get the hardest part over with first. Therefore, Sean entered the bone-chilling water at Starfish Diving School, St George’s Bay, on March 3 at 11.45 p.m and the challenge began. We could not have chosen a better day to start as the sea was like a glass window and there was not a cloud in the sky. Straight down to 11 metres accompanied by lead safety divers Ian Warwick and James Norris, the first thing that came into view was the sponsorship banners floating 1 metre above the sea bed. The team did an excellent job at setting these up during training dives that same morning. The first safety stop was done at 10 metres for a total of 10 minutes. Sean was joined by his two lead safety divers once again, as it was planned for Ian Warwick and James Norris to be with him both on entry and exit. At 6 metres they did a safety stop of another 10 minutes followed by a further 14 minutes at 3 metres. 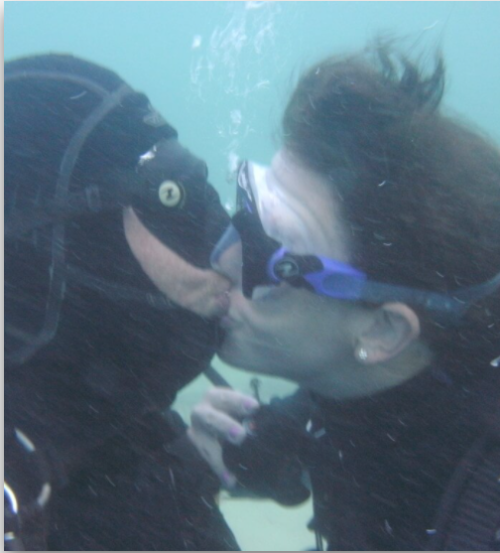 Sean was then free to leave the water and join his team and fiancé at the surface once again. He emerged out of the 14°C water 12 hours and 34 minutes later, breaking the world record that stood at 11 hours and 46 minutes. The feeling of breaking the record was over whelming, especially when being greeted by a large crowd of friends, family as well as media. With the help of the safety team, Sean got out of his kit slowly and was carted off to the deco chamber for a routine safety check and was given the all clear. Eager to return to his team and friends Sean was taken back to Starfish Diving School where the team were still showing their sincere commitment and were busy collecting the debris retrieved from the sea into one large skip, bringing the banners back out of the water, as well as retrieving spare cylinders and marker buoys from base camp. After some food it was time for some well-deserved rest for the entire team. October 2013 49hrs 56 min warm water sea dive Official world record.