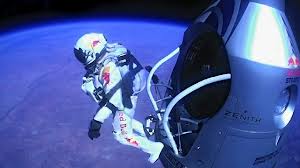 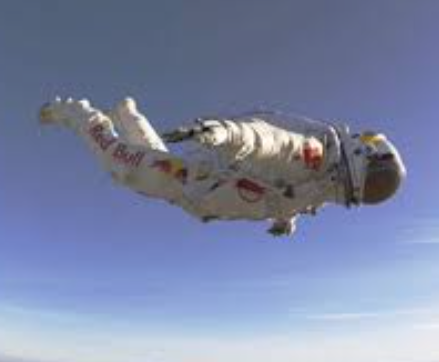 Felix Baumgartner (German: born 20 April 1969) is an Austrian skuydiver. He set the world record for skydiving an estimated 39 kilometres (24 mi), reaching an estimated speed of 1357.64 km/h (843.6 mph), or Mach 1.25,on 14 October 2012, and became the first person to break the sound barrier without vehicular power on his descent. He is also renowned for the particularly dangerous nature of the stunts he has performed during his career. Baumgartner spent time in the Austrian military where he practised parachute jumping, including training to land on small target zones. Baumgartner’s most recent project was res bull estratos, in which he jumped to Earth from a helium balloon in thestratosphere on 14 October 2012.

As part of this project, he set the altitude record for a manned balloon flight,parachute jump from the highest altitude, and greatest free fall velocity Test jumps On 15 March 2012 Baumgartner completed the first of two test jumps from 21,818 metres (71,581 ft). During the jump he spent approximately three minutes and 43 seconds in free fall, reaching speeds of more than 580 kilometres per hour (360 mph), before opening his parachute. In total, the jump lasted approximately eight minutes and eight seconds and Baumgartner became only the third person to safely parachute from a height of over 21.7 kilometres (13.5 mi). On 25 July 2012, Baumgartner completed the second of two planned test jumps from 96,640 feet (29,460 m). It took Baumgartner about 90 minutes to reach the target altitude and his free fall was estimated to have lasted three minutes and 48 seconds before his parachutes were deployed. Main jump 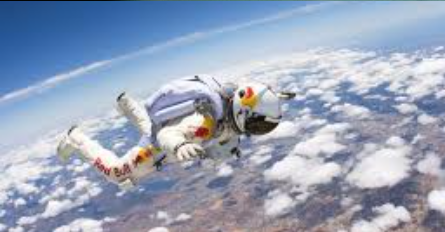 The launch was originally scheduled for 11 October 2012, but was aborted due to adverse weather conditions. Launch was rescheduled and the mission instead took place on 14 October 2012 when Baumgartner landed in eastern. New Mexico after jumping from a world record 127,852 feet (38969.3 m). On the basis of updated data, Baumgartner also set the record for the highest manned balloon flight (at the same height) and fastest speed of free fall at 843.6 mph (1357.64 km/h),making him the first human to break the sound barrieroutside of a vehicle. Baumgartner was in free fall for 4 minutes and 19 seconds, 17 seconds short of mentor Joseph Kittinger‘s 1960 jump

Press release of different media sources that made a post new about the world record challenge made for Felix Baumgartner.