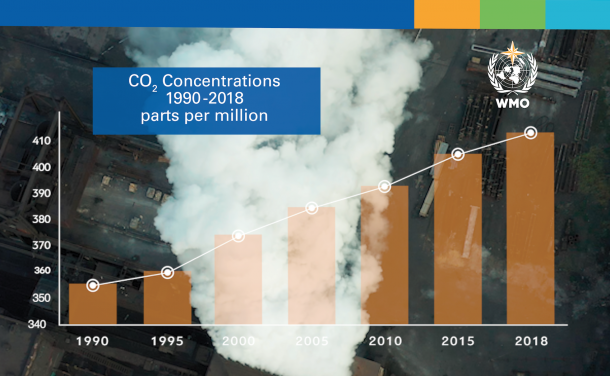 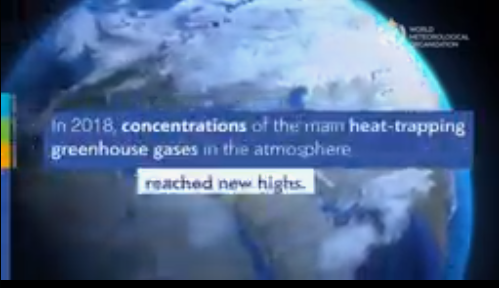 The United Nations World Meteorological Organization stated that in 2018, the levels of the three main heat-trapping gases emitted into the atmosphere (carbon dioxide –CO2-, methane, and nitrous oxide) have reached yet another high.

So, the wold saw about 36.57 billion metric tons of carbon dioxide emitted in 2018. Also this was confirmed by the International Energy Acency (IEA). Petteri Taalas WMO Secretary-General warned that “the future welfare of mankind” was at stake. In an appela to Goverments to do more to reverse countries’ reliance on producing energy from fossil fuels, in line with the 2015 Paris Agreement on Climate Change. 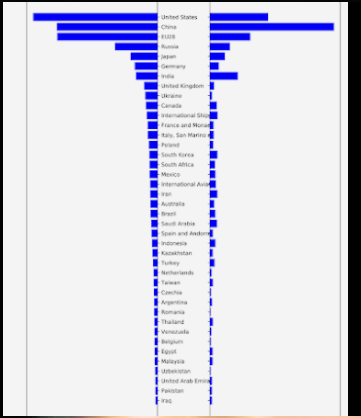 We have again broken records in carbon dioxide concentrations and we have already exceeded 400ppm level which was regarded as a critical level,” he said, in reference to the 407.8 parts per million reading for 2018. “That happened already two years ago and this carbon dioxide concentration continues and continues, and last year’s increase was about the same as we have been observing in the past 10 years, as an average.”

According to the World Meteorological Organization’s Greenhouse Gas Bulletin, since 1990, so-called “long-lived” greenhouse gases have caused a 43 per cent increase in total radiative forcing – the warming effect on the climate.

Of these gases, CO2 accounts for about 80 per cent, according to the United States’ National Oceanic and Atmospheric Administration (NOAA), whose data is quoted in the WMO Bulletin. 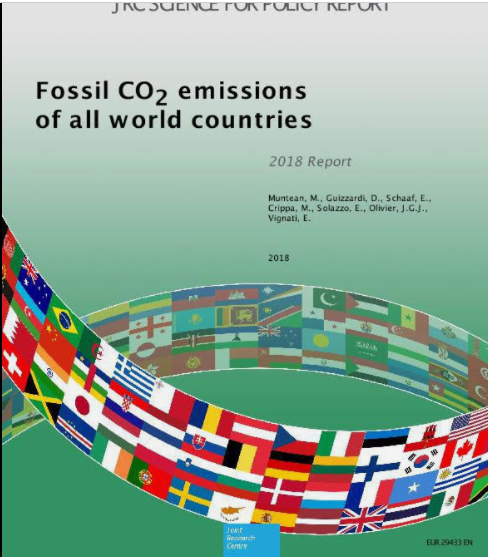 CO2 is particularly harmful in a global warming context because it remains in the atmosphere for centuries and in the oceans for even longer, the agency explained.

Professor Taalas noted too that when the Earth last had similar concentrations of CO2, the temperature “was 2-3 degrees Celsius warmer (and) sea level was 10-20 metres higher than now”.

Turning to methane, which is responsible for 17 per cent of radiative forcing, Professor Taalas noted that “we have also been breaking records”, since last year’s increase “was the second-highest in the last 10 years”.

According to the WMO bulletin, global readings indicate that atmospheric methane (CH4) reached a new high of 1,869 parts per billion (ppb) in 2018, more than two and a half times the pre-industrial level.

Approximately 40 per cent of methane comes from natural sources, such as wetlands and termites, but 60 per cent comes from human activities, including cattle breeding, paddyfields, mines, landfills and biomass burning. “For CH4, the increase from 2017 to 2018 was higher than both that observed from 2016 to 2017 and the average over the last decade,” the bulletin noted.

This upwards trend in emissions was repeated in the case of nitrous oxide (N2O), with concentrations in 2018 estimated at 331.1 ppb, or 123 per cent above pre- industrial levels. “Nitrous oxide has contributed about six per cent of the warming so far”, said Professor Taalas. “It’s very much coming from farmlands and again there we have been breaking records, the steady growth of N2O concentration still continues.” Based on current data, global emissions are not estimated to peak by 2030, let alone by 2020, if existing climate policies – as set out in countries’ Nationally Determined Contributions (NDCs) – remain unchanged, WMO believes. Addressing this will involve promoting non-fossil-based energy sources, since “we produce 85 per cent of the global energy based on fossil ones – coal, oil and gas”, Professor Taalas said, “and only 15 per cent based on nuclear, hydro and renewables. And to be successful in implementation of the Paris Agreement we should reverse those numbers in the coming decades.”.

Highlighting the need for the global community to tackle emissions, the WMO head explained that the biggest polluters “used to be Europe and North America, USA, but China has become number the one emitter – along with “fairly strong growth in the emissions of non-OECD countries” too. This demonstrates that global perspective and strategy is needed to solve this problem, Professor Taalas said.

The European Union or USA, or China, can’t solve it alone, “you have to have all of the countries involved.” While Governments understand that this is a challenge, so too does the private sector, he added, noting that it was “more and more interested in finding solutions”. 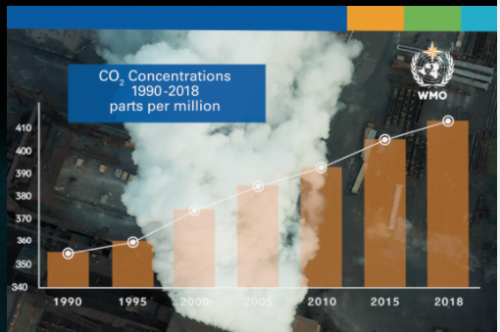