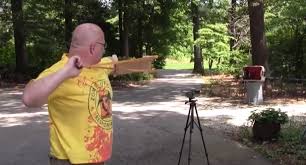 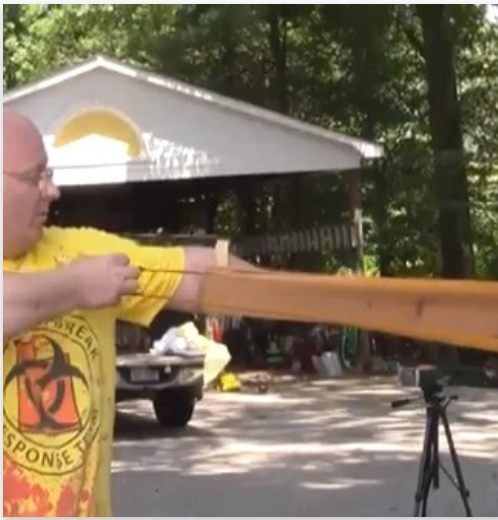 In the above video, Jörg Sprave of The Slingshot Channel fires a 1-inch steel ball with an arm-braced slingshot, at a speed of 207 feet per second. It’s a new world record! Probably. The shot is “more energetic” than Sprave’s previous best attempt, with a foot-powered slingshot, seen below: Sprave, a slingshot enthusiast with a over 250 YouTube videos mostly showcasing new slingshots he’s assembled and built, might just be the world’s foremost authority on slingshot records. Sprave defines his latest record as “the most energetic slingshot shot,” and measures it in Joules, to better capture the speed and energy behind each pull and release. The video helpfully includes the raw numbers and math behind this conversion. His arm-braced slingshot fired a shot a 135 Joules, beating his leg-operated model’s best shot of 131 Joules. 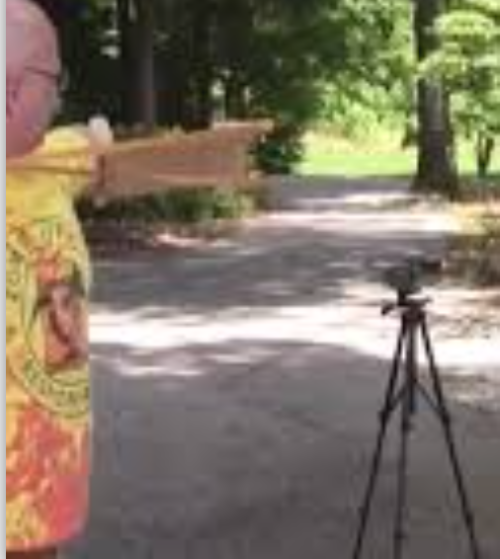 If these are in fact world records, I’d implore Sprave to get Guinness around to document it; their only current slingshot records involve dimes fired by an earlobe and most cans hit in a minute. In fact, slingshots as a category seem woefully undocumented by record-verifying organizations. The “World’s Largest Slingshot” is indeed big, but it is also just a fortunately-shaped tree converted into a sling. The online Slingshot Record Book, with its Geocities-esque web design, contains plenty of slingshot hunting records, along with graphic images of the successfully hunted animals. Amidst all the hunting records, there is one challenger to Sprave’s “most energetic slinghot shot”. Using a slingshot, Danny George, of the UK, fired a 3/8-inch projectile at a speed of 654 feet per second, with a resulting energy of 199 Joules. This surpasses Sprave’s 135 Joule shot! However, George’s projectile is much smaller than Sprave’s, making it something of an apples to oranges comparison. Clearly, the slingshot world needs a major player to step in, clarify the rules, and document all the records. As it stands, slingshot records are all competing Davids, with no clear Goliath. 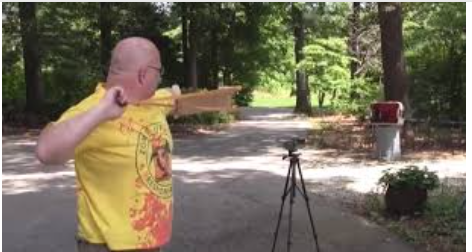