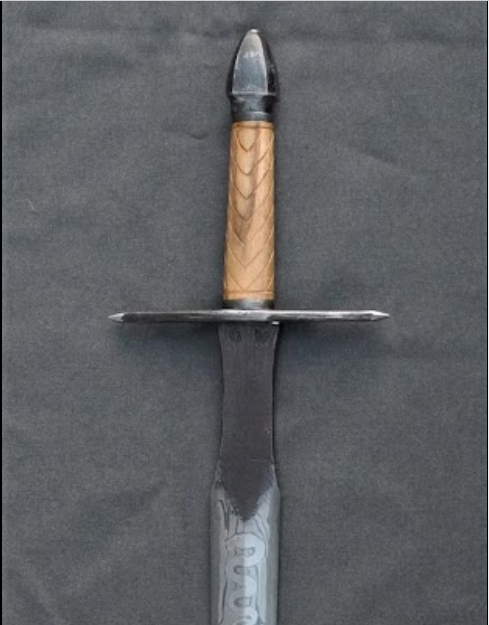 The Art of cutting goes back to the middle ages and is certainly especially known from the Tameshigiri, which means «test-cut» Rice or Rush straw was the material that was mostly used to test the sword and the skills of the swordsman.

In this attempt we chose to use rush straw as well.

The mats (Tatami Omote) have been rolled together until each became at least 10cm in diameter.

The mats were about 90cm in length and divided into at least four sections which had to be no larger than 15cm. The weight of a mat was about 3.5kg to 4kg.

The idea behind this attempt, was to prove that the european swords where just as good in cutting purpose, as a katana for example.

So the Swiss Swordsmith Reto Zürcher forged a battle-ready sword; Braida. And it was hungry for cuts. Alex Gueffroy from Kagetana – Swordfighting was given this beautiful sword to make some cutting.

Including the practice cuts before the attempt and the attempt itself they made more than 600 cuts.

They decided to make this attempt by using only one hand. The other hand had to remain behind the back throughout. 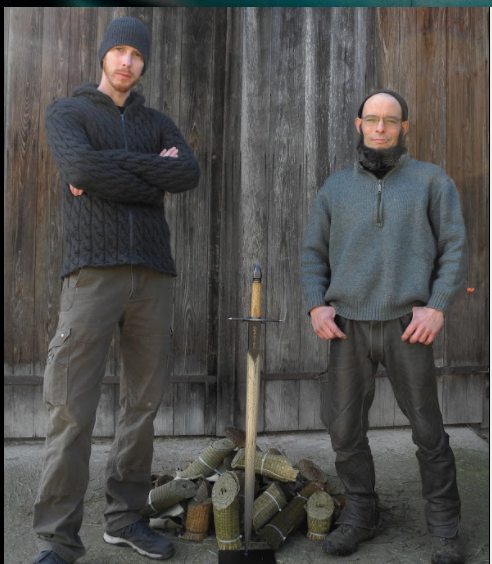 The goal was at least 25 clean cuts in 60 seconds and at the end the experts counted a total amount of 71 cuts.

Only Tatami Omote (rush straw) can be used Minimum 10cm in diameter Minimum 90cm length and divided into at leas four sections that have tob e no larger than 15cm Minimum 3,5kg in weight (the mats may be wet) Sword:

Only one hand can be used, the other hand hast o remain behind the back throughout Only clean cuts in the marked sections count as a cut The cuts have to be made by using «oberhau» and «unterhau»