The biggest halibut fish ever caught on rod and line. 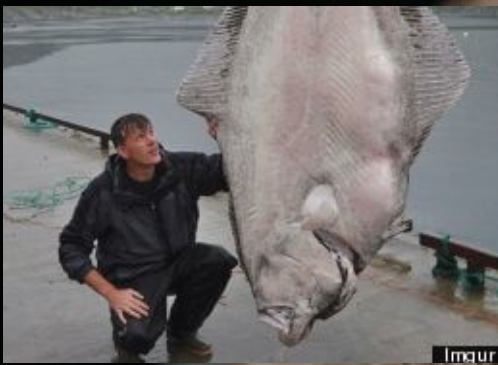 An angler has smashed the world record for the biggest halibut fish ever caught on rod and line. The enormous flat fish tipped the scales at a whopping 37 stones – heavier than a wild gorilla. It was caught by Marco Liebenow who jokingly thought he had hooked into a submarine when the monster halibut took his bait. After taking 90 minutes reeling it towards the surface Marco and two friends tied a rope around the tail of the 9ft long fish and towed it back to shore where it was weighed at 513lbs 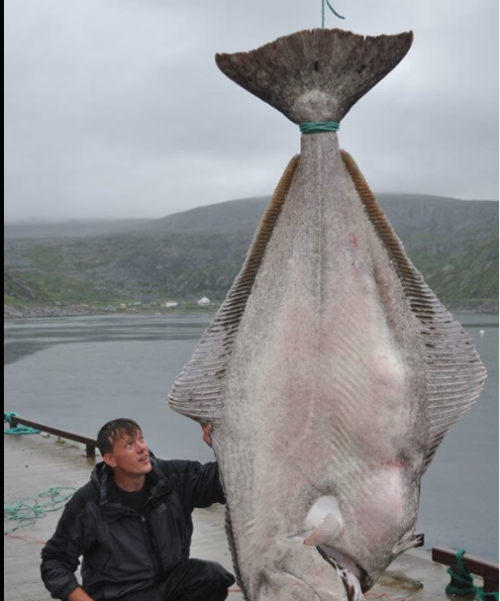 After taking 90 minutes reeling it towards the surface, the 9ft long fish was too big to haul onboard his small boat in Norway

So he and three friends tied a rope around its tail and towed it back to shore where it had to be hoisted on to the quayside by a crane.

It weighed in at 513lbs, easily beating the existing record of 419lbs for an Atlantic halibut as recognised by the International Game Fishing Association.

Marco, who is in his 30s and from Germany, has now submitted a claim to the IGFA and is awaiting confirmation.

Marco Liebenow joked he had hooked into a submarine when the monster halibut took his bait David Bottcher, of the angling tour company Angelreisen Hamburg that organised to fishing trip to Kjollefjord, Norway, said: ‘David does not speak any English but has said it was a wonderful feeling to catch it and has called it a fish of a lifetime. ‘When he first hooked it is felt like he has caught a submarine because it was so big. ‘It took four men to bring it towards their 19ft boat and then they could only put a sling around its tail and pull it back to the harbour.

‘Marco was elated afterwards and celebrated with the boat skipper and their housekeeper by having a few beers. ‘Before he left for the trip, he called us first to ask for a few hints about how and where to fish – I guess our advice paid off.