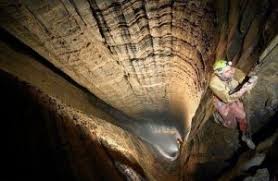 THE DEEPEST CAVE IN THE WORLD 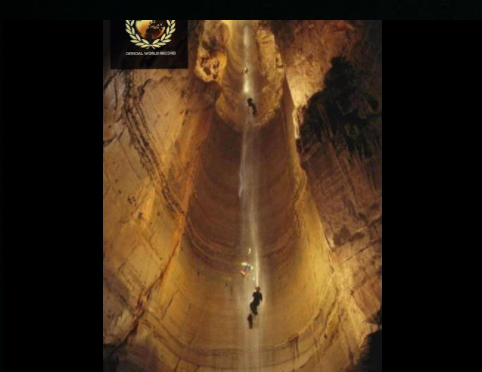 The cave is 2,197 meters Deep and is the deepest in the world

The Ortobalagan Valley extends along the crest of the Berchil’sky anticline, which gently plunges northwest. 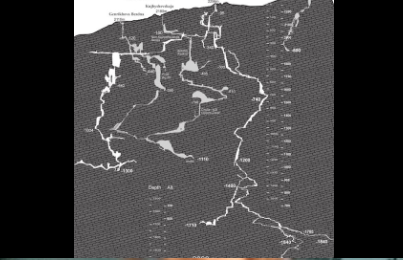 The caves are predominantly combinations of vadose shafts and steep meandering passages, although in places they cut apparently old fossil passages at different levels

The deep parts of Krubera display a more pervasive conduit pattern with a mixture of phreatic morphology, characteristic of the zone of high-gradient floods, which can be up to 400 m above the low-flow water table, and vadose downcutting elements that are observed even below the water table. 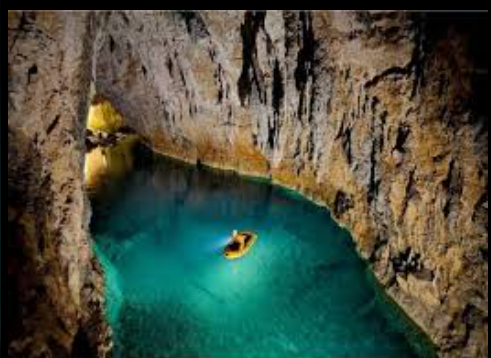 The Porphyritic series forms the non-karstic basement of Arabika, which is exposed only on the northern and eastern outskirts, locally in the bottoms of the Kutushara and Gega River valleys. 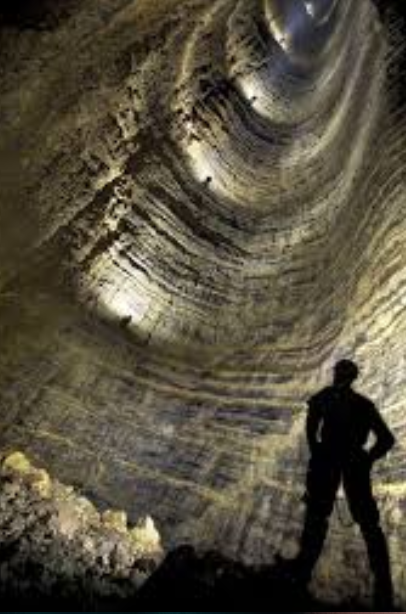 In the central part of Arabika the Cretaceous cover (Valanginian and Hauterivian limestones, marls and sandstones) is retained only in a few ridges and peaks, but it lies intact through the low-altitude ridges to the south-west of the central part.

There the Cretaceous succession includes Barremian and Aptian–Cenomanian limestones and marly limestones with abundant concretions of black chert.

The Upper Jurassic succession begins with thin-bedded Kimmeridgian–Oxfordian cherty limestones, marls, sandstones and clays, which are identified in the lower part of Krubera Cave.

Above lies the thick Tithonian succession of thick-bedded limestones with marly and sandy varieties.

Sandy limestones are particularly abundant through the upper 1,000 m sections of deep caves of the Ortobalagan Valley.

The tectonic structure of Arabika is dominated by the axis of the large sub-Caucasian anticline (oriented NW–SE), with the gently dipping southwestern mega-flank, complicated by several low-order folds, and steeply dipping northeastern flank .

The axis of the anticline roughly coincides with the ridge bordering the Gelgeluk Valley to the north. Located on the southwestern flank of the major anticline is another large one (Berchil’sky), in which the crest is breached by the Ortobalagan Valley.

There are several smaller sub-parallel anticlines and synclines farther southwest, between the Berchil’ Ridge and the coast.

The plicative dislocation structure of the massif is severely complicated by faults, with the fault-block structure strongly controlling both cave development and groundwater flow.

This had a pronounced effect on the development of deep groundwater circulation and of Krubera Cave in particular.

Both longitudinal and transverse faults and related fracture zones play a role in guiding groundwater flow; the latter guide flow across the strike of major plicative dislocations, from the central sector toward the Black Sea.