The fastest solo cycle ride from London to Paris 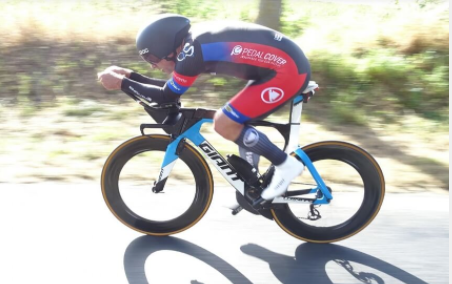 On Sunday 28th August 2016 – a World Record was broken. Jonathan Parker,a Barrister from Herne Bay, Kent, cycled from London to Paris in the fastest time ever recorded: 12 hours and 31 minutes. As the weeks pass by since world record was broken, he is still astounded that the donations keep coming. The page has currently raised over £12,000.00 for the charity Cyclists Fighting Cancer. Here is his journey. 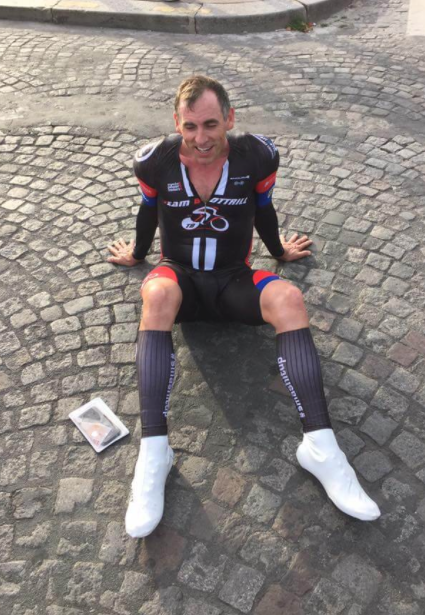 WHO IS JONATHAN PARKER?

Having lost his father this year and his mother and uncles previously to that awful disease every single one of us knows too well, Jonathan decided he wanted to raise some money in memory of his family members. JP had ridden London to Paris before over a number of days with the Bloodwise charity and had loved every minute, heard every heart breaking story and felt every inch of euphoria as they all rode towards the Champs-Elysees together to the heart of Paris. Having had such an inspiring experience, JP knew that London to Paris in aid of raising money for a charity would be his goal. The world record attempt had not yet even crossed his mind.As Jonathan (or ‘JP’ to most cyclists who know him) continued his research into the trip, he came across the charity Cyclists Fighting Cancer – they would provide families with vouchers towards bikes for children and build specially adapted trikes for children with particular difficulties. Cycling is a fantastic way to rebuild muscle mass in a low impact way. Often children who have been through a rehabilitation process would even need custom made bikes and this is what CFC helped with. JP read through many of their cases and with each one his motivation to do something big grew. And that’s when ride to Paris became a world record attempt! 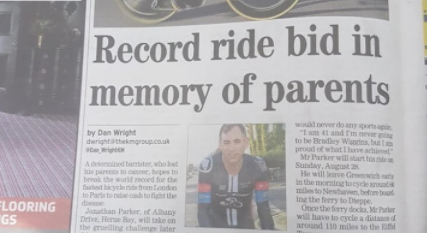