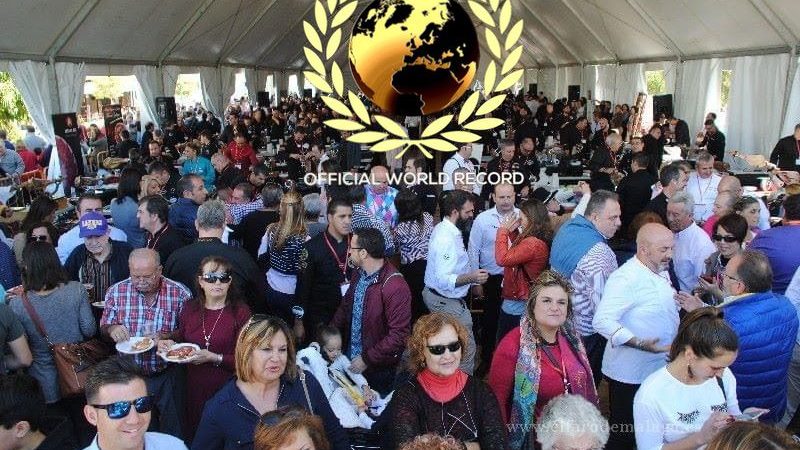 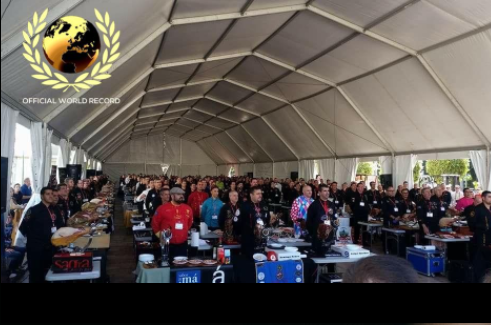 The largest concentration of professional ham cutters with a number of 239 participants in a charity event in favor of the Fundación Ahuce Osteogénesis imperfecta with the collaboration of EXCMO.

The procedure required by the regulations was very simple: cut a minimum of five slices of ham in two minutes, between 0.5 and 1.5 mm thick, verified by a notary public. 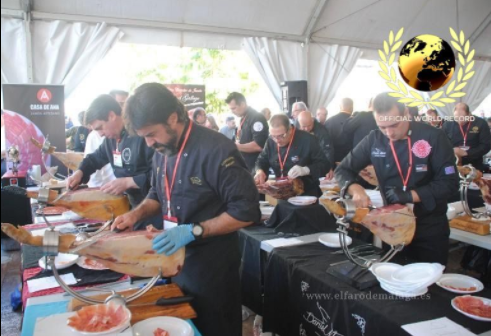 And the level has been so high that there have been professionals who have had plenty of time to cut more, although they have preferred not to venture to avoid disqualification for incurring an imperfection in the cut. Ultimately, none of them were eliminated, which suggests that the record has been broken.

In addition to the test itself, the party atmosphere was guaranteed, with numerous people crowding into the tent to account for the rations and soft drinks, with numerous attractions, including the presence of a pourer who served broths non-stop.

Along with the authorities, led by the mayor and the Councilor for Tourism, Mario Pérez -whose area has co-organized the event-, the guest of honor was the comedian Manolo Sarria, whose presence has been highly valued by the participating professionals 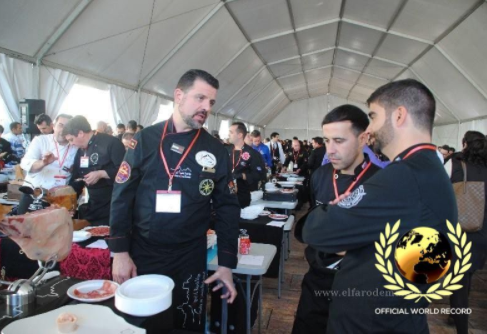 The organization has been enormously satisfied by the atmosphere and the great reception of the event, which also had a solidarity character: the group of cutters from the Costa del Sol anticipated that the total proceeds would go to the AHUCE Foundation -Asociación Nacional Huesos de Osteogenesis Imperfecta Crystal from Spain-.

This group has been working in Spain for more than 20 years to attend to the needs of people who suffer from the disease known as ‘crystal bones’. Its objective is to offer comprehensive care both to those affected by this pathology and to their families. These funds will be used for research to improve your quality of life. 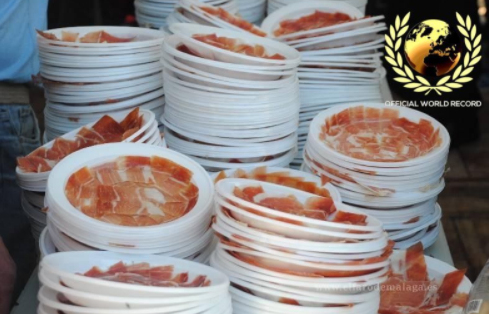 After the court test, the great charity party took place, which included musical performances, a raffle and an equestrian show. From that moment on, each participant has cut their entire piece of ham and the contribution to taste it has been symbolic, at a rate of 5 euros for two dishes. It is also pending to verify that the second Guinness Record has been broken: the largest number of servings served after being cut by hand, in total with a forecast of about 900 kilos of the precious delicacy and about 9,000 dishes.

The product that is not consumed during the celebration will be donated to social centers. 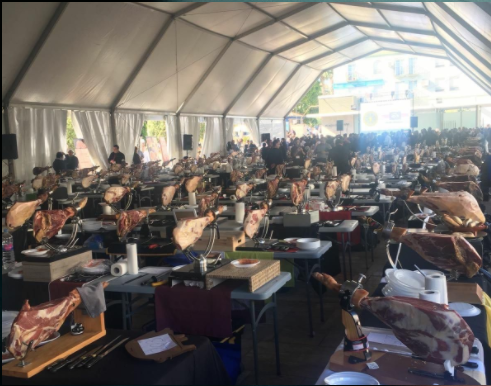 The ham served has been of supreme quality, from pigs raised in pastures with specific conditions to give the dish an exquisite taste.

The Group of Cortadores de la Costa del Sol also considers another of the purposes of the event covered: that this noble occupation be recognized as a profession.

Both the mayor and the Councilor for Tourism have congratulated the organizers for their initiative and have predicted great success for any other similar activities that can be carried out in our municipality.

“This is a giant step in our spirit that Alhaurín de la Torre is a gastronomic reference in the province. Many more events will come ”, stressed Villanova.