THE LONGEST MOAIS LINE IN THE WORLD. 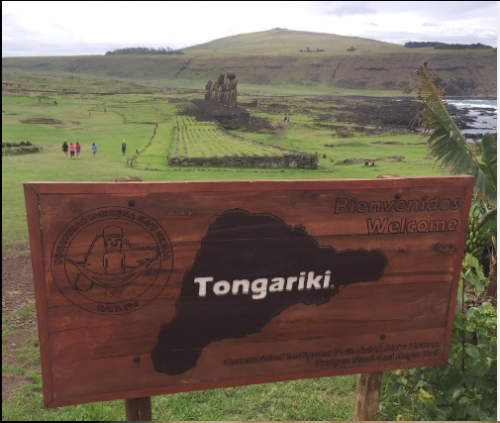 OWR certifies that the monument located in Chile , in the north west of Easter Island, called (Ahu Tongaraki), is the line with the longest standing moais in the world.

With fifteen moais online and standing, this set is currently unique in monuments of this style.

The origin of Easter Island dates from about three million years ago, this was created by volcanic eruptions.

It is an island of Chile, located in Polynesia Oceania in the middle of the Pacific Ocean, measuring 163.6 km2, located 3515 km west of Chile. 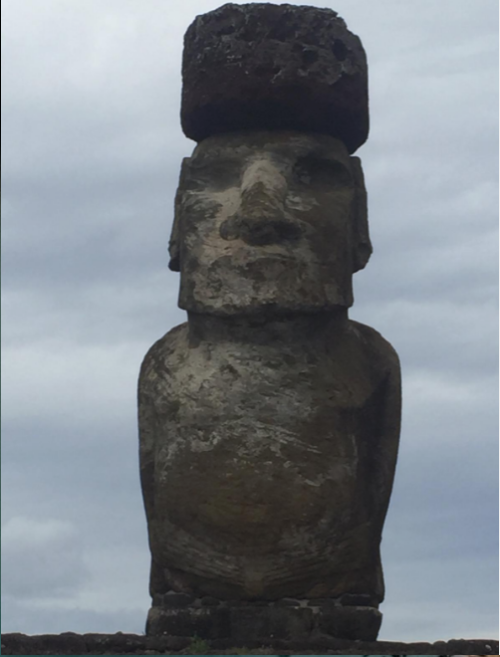 A moái (from rapanui: moai, sculpture) is a monolithic statue located on Easter Island belonging to the Valparaiso region

The fifteen moais are restored since on Easter Island there were wars between the tribes that inhabited it and all the moais were shot down.

At the entrance of (Ahu Tongaraki) there is a smaller moai which they call the “traveling moai”, since it was transferred to an exhibition.

Thanks to that, a Japanese company financed the restoration of the fifteen moais, it was also restored by the Easter Island Institute between 1992 and 1997.

In general they measure 4 meters high, with the exception of Moai Paro, which reached 10 meters and weights 85 tons.

This monument is only one of the hundreds, which has the island and have been counted over 900 moais, scattered throughout the island , some standing, and most are lying.

The moais were discovered by Westerners in the year 1722. 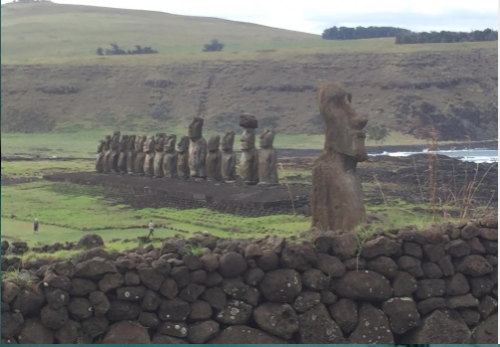 They were made for religious reasons, carved by Polynesians, as representations of deceased ancestors so that their manna was projected (supernatural power) In ancient times a large red stone called PUKAO of more than 10 tons was put on them.

Other studies also suggest that they were placed to indicate the places where the drinking water was located. 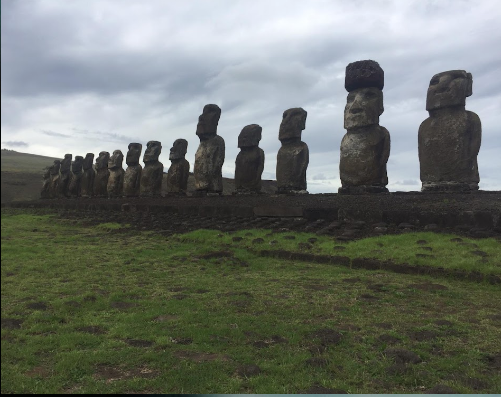 The Rapa Nui National Park is located in it, it is considered the largest open-air museum in the world. The park was decreed in 1995 as a cultural heritage of humanity. Although it belongs to Chile, its inhabitants have their own language,the Rapanui .

Moais are the main tourist attraction of this Island.