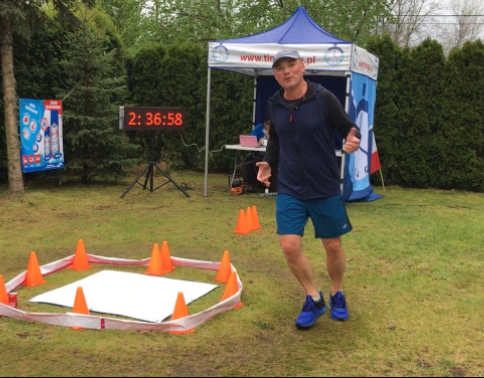 With over 400,000km travelled and 100+ countries visited in his 249challenge.com , Wojciech was forced to suspend temporarily his project and return to Poland in the middle of March 2020, after completing a marathon in Yemen.

Upon arrival he was subject to a 14-day quarantine.

After almost 20 months of constant travel and running he was stuck in a 3x4m room with no option to leave.

At the end of his quarantine he finished a full marathon around his bed on a 7.5 meter lap in 8 hours and 47 minutes. 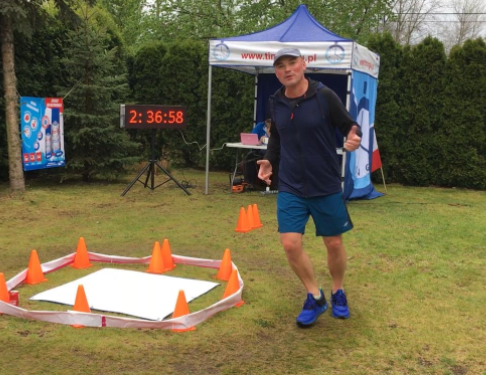 The around-the-bed marathon during quarantine was the inspiration to do something even more crazy – to set another official World Record.

The attempt took place a few weeks later in Katowice on May, the 3rd 2020.

The event was organised according to social distancing rules.

The race was recorded in full, and an official timing company was in charge of lap counting, with the judges and TV reporters present throughout the attempt.

Wojciech set a new world record in the category called “The Shortest Lap Marathon” by running the marathon distance (42.195m) on the shortest lap ever run. 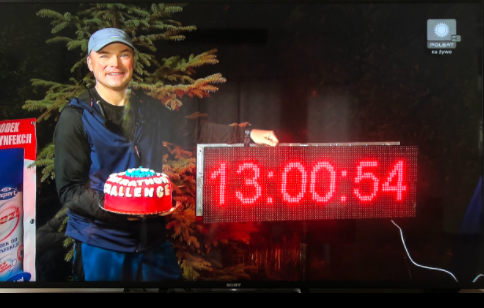 He ran 8440 times around a five-meter lap and in 13 hours and 54 seconds. The “Covid-19 Marathon Challenge” was planned to raise funds towards fighting COVID-19.

All contributions were spent on disinfectants produced by the company Rytm Trade spółka z o.o., and were later delivered to social care homes and hospices to reduce the spread of the coronavirus.

Knowing Wojciech’s ambitions, this is not the end of his monumental efforts. We are already curious which World Record category he will conquer next.