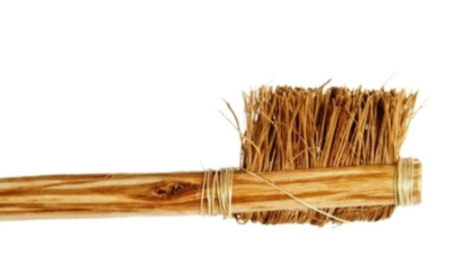 Before the invention of the brush a wide variety of toothbrushes had been used.

These ancient techniques have been verified by the different excavations that have been carried out in different parts of the world and to find certain utensils that were previously used.

The objects that could be recovered were chew sticks, tree branches, bird feathers, animal bones and porcupine spines.

The first records of dental hygiene date from around 3000 BC. C. In the Egyptian tombs have been twigs in the form of pencil, which had at one end a soft and fibrous touch to carry out a dental cleaning. 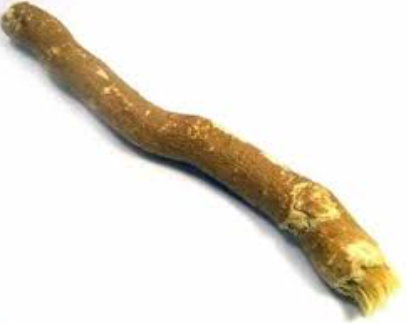 These first rudimentary utensils used for dental care were called “sticks or chewing sticks,” and were made from tree twigs, biting one end to soften.

The ends of these rods were modeled in the form of filaments so that they were suitable for the gums, having more or less the shape of toothpicks.

Today, some tribes native to Africa and Australia still use these tools for their dental care.

According to the American Dental Association, the first toothbrush, toothpick (toothpick) or toothbrush was created in 1498 by a Chinese emperor who put pork ropes on a thick handle. 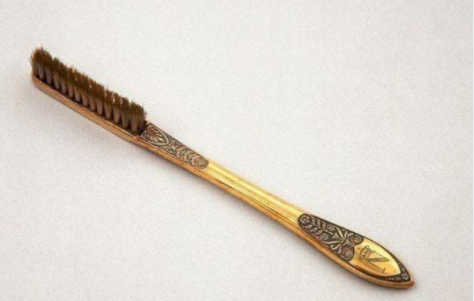 Merchants visiting China introduced the brush among Europeans but it was not very common in the West until the seventeenth century, as in those days Europeans preferred softer toothbrushes made from horsehair.

It was also common to brush your teeth after eating with a bird feather or using bronze or silver chopsticks.

There was, however, an older method of brushing the teeth with a piece of cloth that had been used in Europe since Roman times. However, brushes did not become popular in the Western world until the 19th century.